Bert Van Bork - Student of Karl Schmidt-Rottluff, confidant to Jacques Lipchitz, Joan Miró and numerous artists of the 20th century, nominee by the Academy of Motion Picture Arts and Sciences for Best Short Documentary in 2000 — was an artist, photographer, filmmaker, writer and world traveler whose talent and respectful observance of the communities he visited allowed him rare entrance into artist studios in Europe, Mexico and the United States, including selected Native American villages in the Southwest.

Born in Augustusburg, Saxony, Germany, at the age of 15, he entered and won a statewide competition to study at the prestigious Staatliche Hochschule für Bildende Künste (State College of Fine Arts) in Berlin, where he had the opportunity to join Masterclasses by Karl-Schmidt-Rottluff, a pioneer of the German Expressionism movement “Die Brücke”. After WWII, Van Bork continued his studies at the Hochschule für Grafik und Buchkunst (College for Graphic Arts) in Leipzig, Germany. Later returning to Berlin to work, he became an active contributor to a small and struggling post-war artist community. One of his poignant woodcuts titled Witwe (Widow) was chosen in 1949 to be featured on the poster for the art exhibition of the Kunstamt Berlin-Mitte.

In 1954 Van Bork immigrated to the United States, arriving in New York and later settling in Chicago. There, he began his diverse career as an artist, printmaker, master-photographer and film producer. He produced more than 100 documentary and educational films, which won him numerous national and international film awards. In 1998 he began production on the documentary film entitled “EYEWITNESS, the Legacy of Death Camp Art”, which was nominated in 2000 as Best Short Documentary by the Academy of Motion Picture Arts and Sciences.

Van Bork was both a painter and printmaker, working across mediums including drypoint etchings, woodcuts, drawings, oil and watercolors. In his interpretations, he was able to document significant experiences that greatly influenced his life. From the painful and harsh realities of war, to the soaring lines of modern skyscrapers and ancient Native American villages – all realized with deep feeling and great artistry.

Bert Van Bork’s artwork is represented in many private, corporate and museum collections, among them the Kupferstichkabinett in Berlin and Dresden, as well as the Neue Sächsische Gallery in Chemnitz, Saxony, Germany. 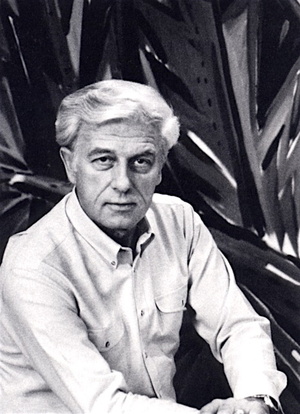 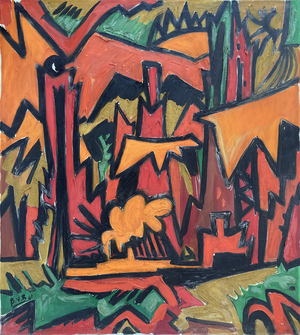 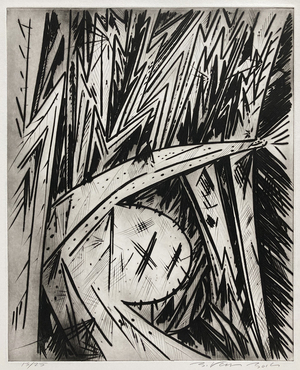 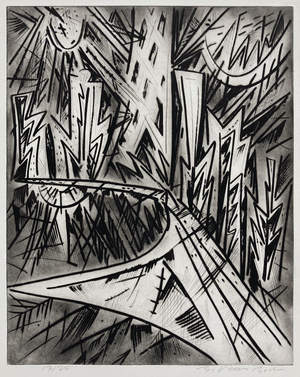