Colleen Plumb is a Chicago based artist who makes photographs and videos that explore the ambivalence and contradiction in our relationships with non-human animals. THIRTY TIMES A MINUTE is a public video projection that sheds light on captive elephants and explores how captivity functions as a symbol of persistent colonial thinking.

Since 2014, making the video, Plumb has traveled to over sixty zoos in the US and Europe, filming elephants exhibiting what biologists refer to as stereotypy, a behaviour only seen in captive animals that includes rhythmic rocking, swaying and head bobbing. These compulsive, repetitive movements cause debilitating damage to the animals feet and joints. Plumb practices a sort of guerrilla performance with her videos, setting up a portable projector, often powered by a battery pack, in urban and rural locations around the world. Focusing the work on buildings, mountains, barns or any other sort of sturcture, she documents the moment with a still photograph, as seen here. The projection often creates a moment of shared interaction with passers-by (and somtimes the authorities) and Plumb is able to engage in a conversation about her larger concerns for the well-being of these magnificent animals. 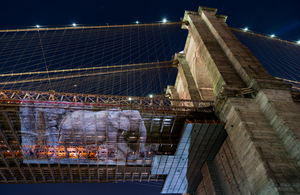 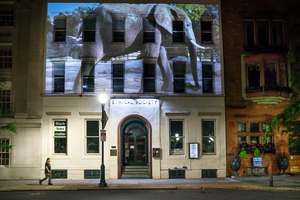 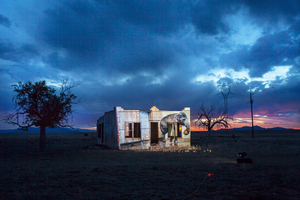 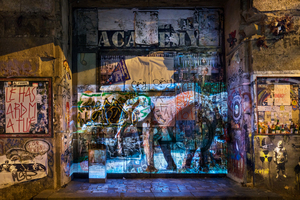 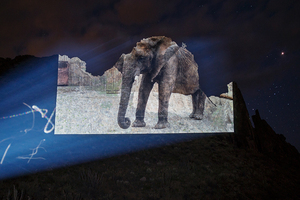 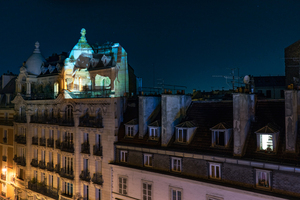 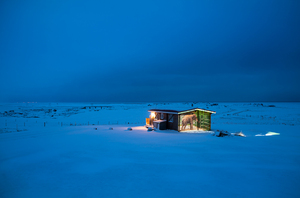 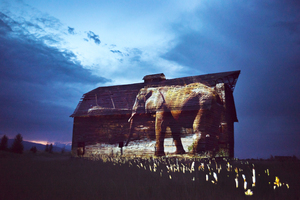 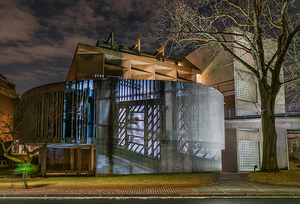 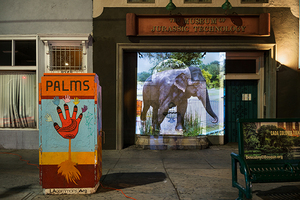 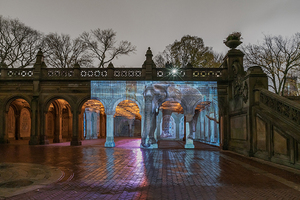 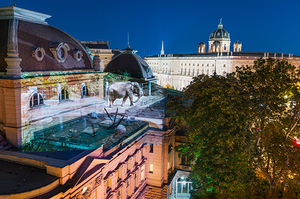